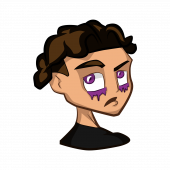 Offline
Deal with caution
User has an open scam report.

rond hasn't added any friends yet.

@rond You may discuss with those who had issues and reported them to you at the time, and were not able to use the bot for a minimum of 1 month. Those that were able to use it for longer than that, and did not report any issues to you at any point, should not be given any % refund.
As for those that were able to use it for less than a month, I think a 50% to 70% refund is fair.
Obviously you can offer an alternative solution such as a fix on the tool or a different tool you might come up with at some point.
How would you be able to gather the money though? Are you able to give some sort of deadline? Time frame?

For @shofurs case I think a 70% refund is okay. I don’t know about @armani and I don’t know how many issues were reported during the time they had access to it / it worked but depending on how much they got to use the tool, how long for, I think a 50% would be fair. As I didn’t see any report of it not working during the time they had it. (If I’m mistaken please attach the proof here or pm me)

For Armani, the first user (Meteor) Contacted me and it was resolved pretty quickly, he didn't know that generated accounts didn't work, even though I said multiple times it plays on the users' active device. After that I didn't hear much from either of them except Armani joking about refunds when I had plans to get the bot up and working.

How I would gather money? I have no clue. I don't have any services open, I don't have a job, I have a DWC tag. So no, I'm not able to provide a deadline. I've discussed offering the source code to @Shofur , which he would be able to whatever he wants to with, but he declined that offer. I don't know what service/program I could offer to him that he would agree on is fair.

Yea but if you think about it, the bot didn't even work half the time since I bought it.

Also, I know you're not an idiot... At the time I paid you $330 worth of bitcoin was .05 BTC, I knew something cheeky will be said about only refunding $300 but it increased in value.

Now, if you think about it you're still making profit, we're not requesting for an entire refund, that extra % is going somewhere.

You're trying to cash in on the volatility of a cryptocurrency and make me pay out more than you initially paid in dollar value.

As stated above, the 2-week-minimum for lifetime also applies to you. You got your license on April 6th. So you can't demand a full refund:

Also @Lucas I would like to add that he received the license on the night from 21st of march to 22nd of march. Which makes the 2-week-minimum for lifetime valid, meaning he can't demand a full refund:

This isn't your scam report. And you had the bot since at least 15th of April. It was working when you had it.

© 2015-2020+ Nulled. All rights reserved. Connected through US <-> US SERVER.WEDOMINATELAWSUITSSPA.NULLED