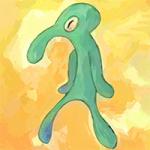 WicaMD Here's to you, kid.

It is seldom the case where a champion is defined by his actions after joining the League of Legends rather than before. Such is the case with Jax, for whom the argument could be made that he is the most prolific tournament fighter currently at the Institute of War. Before joining the League, Jax was an unremarkable soldier-for-hire. For reasons known only to the former leader of the League, High Councilor Reginald Ashram, Jax was put on the top of the list of candidates to receive a League Judgment - the interview process that either accepts or rejects a prospective champion. His Judgment was the quickest in League history, where the Doors of Acceptance glowed and slowly swung open as soon as it began. Jax faced no recorded Observation or Reflection during his Judgment.

Jax proved himself to be an immediate terror in the Fields of Justice. The self-proclaimed ''Armsmaster of the League'' rattled off a streak of consecutive wins that to this day has not been matched. A number of summoners in the League grew concerned that the perceived objectivity of the League of Legends would be questioned by the presence of an unknown fighter who was unbeatable. For this reason, the new leader of the League (following Reginald Ashram's disappearance), High Councilor Heyward Relivash, created special restrictions for Jax to fight under. This was something the League had never done before, and something that has never been done since. The burly fighter responded by imposing his own special conditions; as a means of protest, he permitted himself to fight using only a brass lamppost. Neither the League's sanctions nor his own has affected his winning ways. The League has since rescinded its sanctions, but Jax has not; he fights and fights well with his trusty brass lamppost.

''Be advised - there has been an outbreak of lamppost-shaped bruises in the League of Legends.''
-- Gragas

WicaMD hasn't added any friends yet.