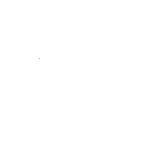 yuv hasn't added any friends yet.

Have fun and don't leech

(The program wasn't cracked by me, i am simply sharing the crack.)

Have fun and don't leech

(The program wasn't cracked by me, i am simply sharing the crack.)

Adobe released Premiere Pro 14.0 (aka CC 2020). There are no big surprises in this iteration of the most popular NLE. Which updates are worth your attention?
1. Auto Reframe
The biggest new feature is unarguably Auto Reframe. This is the only new feature in this release and what is more, we all could see it coming.

The effect uses Adobe Sensei machine learning to be able to identify objects that humans find interesting. Basically they took a lot of pictures and told the computer to analyze how human retina reacts to them and learn the patterns.

So how does this feature, that is supposed to automate the task of reframing videos for different aspect ratios, fit in everyday editing workflow?

It will notify you about unsupported video card drivers, Operating System requirements and so on. It will also suggest the way you can fix that issue.

3. Audio volume rubber band and time remapping
For many users, these two updates are long-awaited and much appreciated. Both raise a limit for the maximum value you could apply.

Time remapping maximum speed is now increased to 20,000%. The previous limit of 1,000% made it very inconvenient if you wanted to time remap a longer clip. The only downside I’ve found when playing with a new limit is how much time it takes to apply that maximum value. You need to drag the cursor up quite extensively.

4. Shortcuts, more shortcuts
I can’t remember the last time we got so many new shortcuts.

Personally I’m most happy about the ability to assign a keystroke to keyframe interpolation. My second favorite would be enabling/disabling Motion Direct Manipulation for a selected clip.

The rest of the shortcuts will be useful as well. Generally, I don’t think I would ever complain about more commands that can be mapped to a shortcut.

Dropdown Menu Control was so much needed. Many templates I worked with used sliders to switch between parameters of animation, but it was so inconvenient to work this way, especially if the slider was switching between 20 different elements/parameters.

Next, Essential Graphics Panel will now have a multi-line edit field for text in Motion Graphics Templates. The edit field will fit 3 lines of text and if you go over that amount, it will have a vertical scrollbar.

The program wasn't cracked by me.

Leechers will be reported.

2. Select all parts and extract.

Nulled is a cracking community where you can find tons of great leaks, make new friends, participate in active discussions and much more.

© 2015-2020+ Nulled. All rights reserved. Connected through US <-> US SERVER.WEDOMINATELAWSUITSSPA.NULLED